In 1947, my Dad’s eight-year-old Packard broke down in a blizzard just outside the gas station and café in the first old photo below. I grew up nearby because, by a unique stroke of fate, the owner was selling a farm that my parents would buy. Years later, I learned that John Dillinger had frequented this gas station with guns strapped under the hood of his car! Retired 1936 Olympic legend Jesse Owens lived within walking distance of the café.

The second photo is of my parents in front of the porch of our old farmhouse in 1950. The little twerp on the bicycle is now a retired college professor.

The third photo shows the main street (Whitaker) of my hometown—New Buffalo, Michigan in 1959. As a teenager, I worked in the drugstore where the fountain area was a major hangout for young and old alike. I drove up and down this two-block long stretch of cobblestone many a time. It was the most exciting thing to do back then and probably still is now. Lake Michigan can be seen in the background.

The fourth photo is what my very first car looked like. It was a 1953 Ford Custom purchased from my uncle in 1963 for the enormous sum of $100. He kept it in perfect shape for 10 years; I did the same for one year. When I sold it for $75, the new owner wrapped it around a telephone pole after having it for three days. The fifth photo shows 1920s era South Shore interurban passenger cars outside the station in Michigan City, Indiana in 1959. My high school was 2 blocks away from the station. Between 1959 and 1961, I rode the train every other Friday to see my orthodontist in Chicago.

The sixth photo captures the more modern South Shore about 20 years ago near Rolling Prairie, Indiana. It still runs today.

The “Welcome to Michigan” sign is on the Indiana state line less than a mile from by childhood home. It should also read “Welcome to a Different Time Zone.” Margo took this photo on a recent visit. The last image, from a Catholic church in South Bend, is self-explanatory. 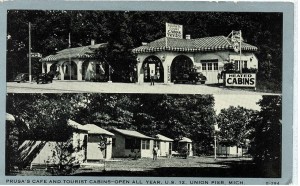 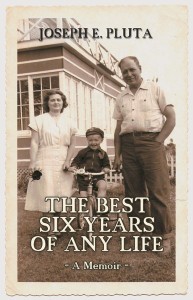 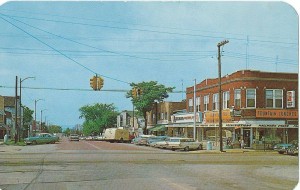 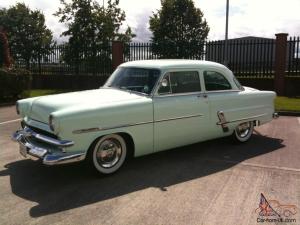 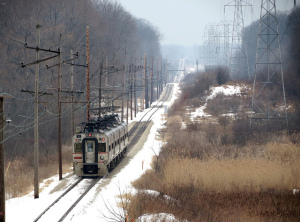 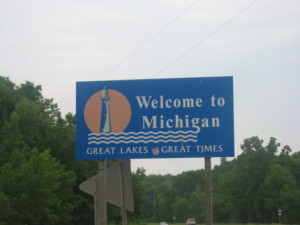 (My thanks to Robert Rosenbaum of Union Pier, MI for photos #1 and #3.)